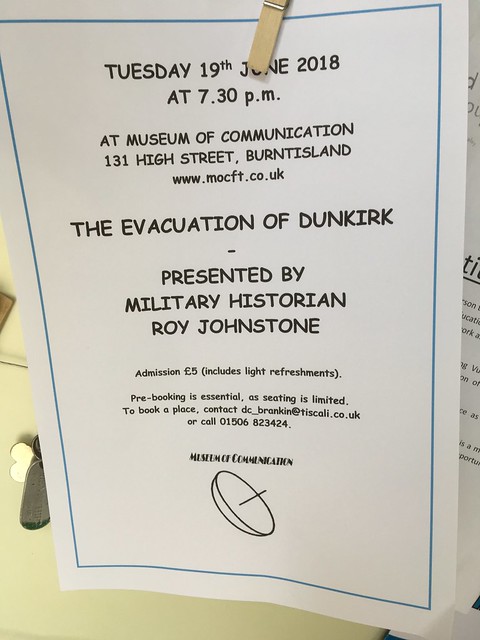 “We are delighted to welcome back our old friend and great raconteur, military historian Roy Johnstone, this time describing how, from the end of May and the early days of June 1940, 338,226 British, French and Belgian soldiers were evacuated from the beaches at Dunkirk. Prime Minister Winston Churchill paid tribute to the deliverance of the evacuation. Britain was not finished and would fight on!

The evacuation gave rise to the concept of the ‘Dunkirk Spirit’ – a refusal to surrender or panic in times of great national peril. This was not a story just about Britain, but also about survival, freedom, and the prevention of a new dark age in Europe.”