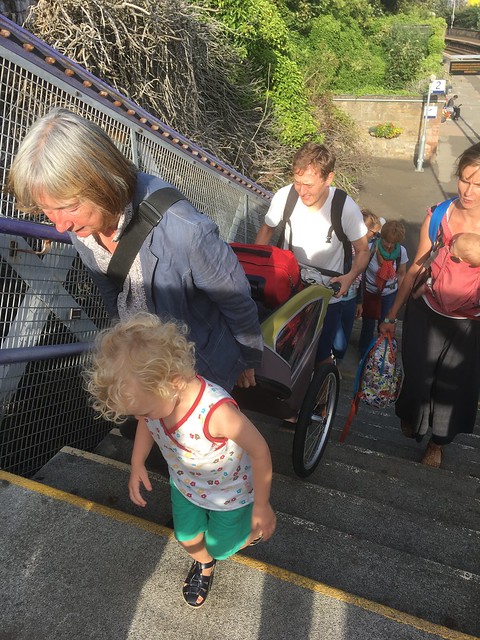 Creating step free access to Platform 2 is not a new idea. There used to be a simple route via an underpass and a ramp, but this was blocked off several decades ago.

The idea of restoring straightforward access isn’t new either. Five years ago the Burntisland Station Regeneration Group was created to look at a wide range of ideas for improving the station.

The group produced a report which included – “There has been a long standing issue over access at Burntisland Station on Platform 2. Even back in 2005 Network Rail were discussing options to re-open the underpass between Platform 1 and 2, and more recently the issues experienced by mobility scooter users have been highlighted in the Fife Free Press. However this is not just about mobility scooter and wheelchair users, this affects parents with buggies, the elderly and bike users.”

Now one of the key players in the BSRG, Ben Barron, is reviving the campaign. Ben is currently the Chair of the Burntisland Community Development Trust and has teamed up with local councillor Kathleen Leslie, who, as reported in The Courier, “wrote to Network Rail in April requesting a meeting to look at accessibility issues, and she is optimistic progress can be made”.

Now the pair have organised a meeting for local politicians and residents to discuss the next steps. Passenger numbers have increased in recent years, this includes commuters and visitors to Burntisland’s attractions. They arrive with a range of buggies, toddlers, buckets and spades etc. One group even hired their own train. 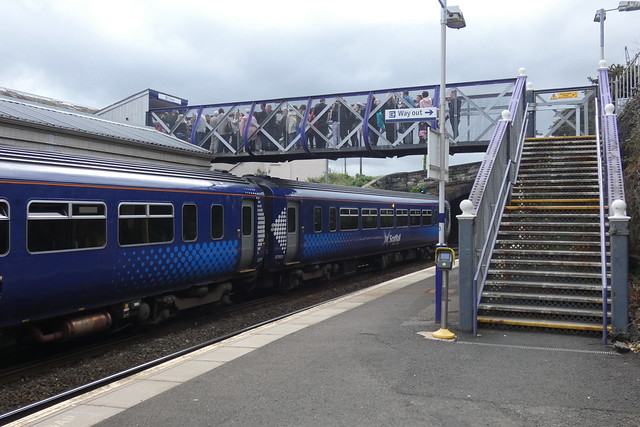 The best option might be a lift from Platform 2 down to the existing underpass, but rail authorities aren’t keen on having lifts at unstaffed stations. Though this seems to work at Edinburgh Park Station.

Outside the station it would be better if there was a proper bus stop next to the original station building. It might even be possible to revise the timetable so that the B1 is coordinated better with train times.

A direct path to The Beacon would also be a useful addition, removing the current conflict with the pallet lorries. 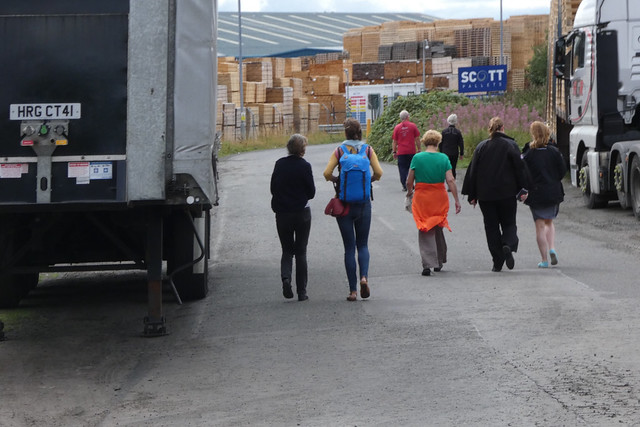 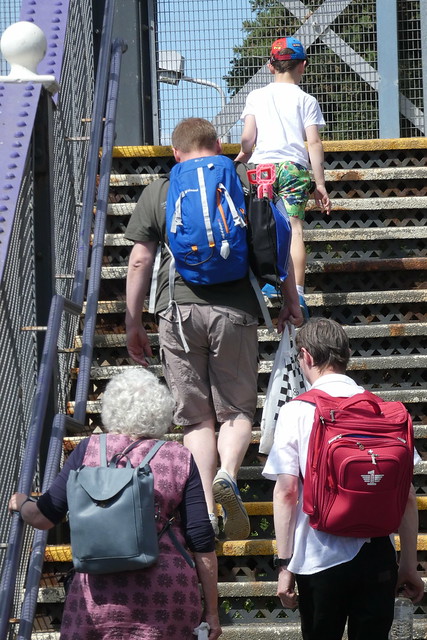 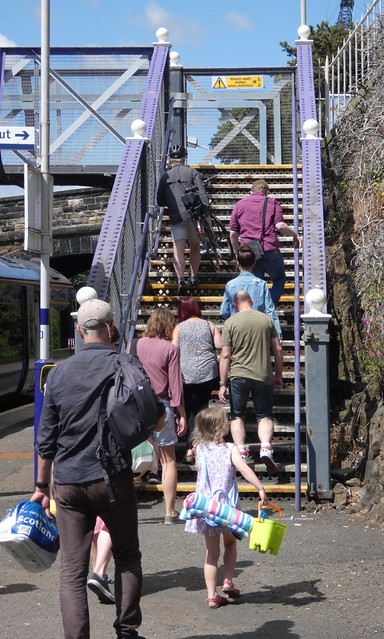 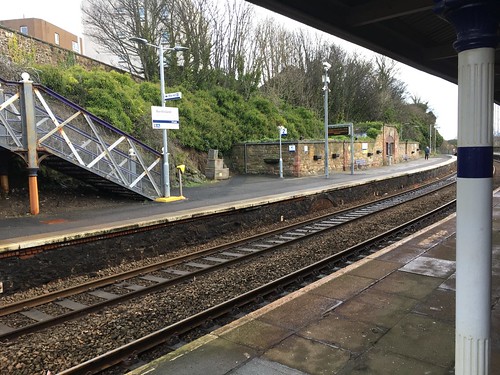