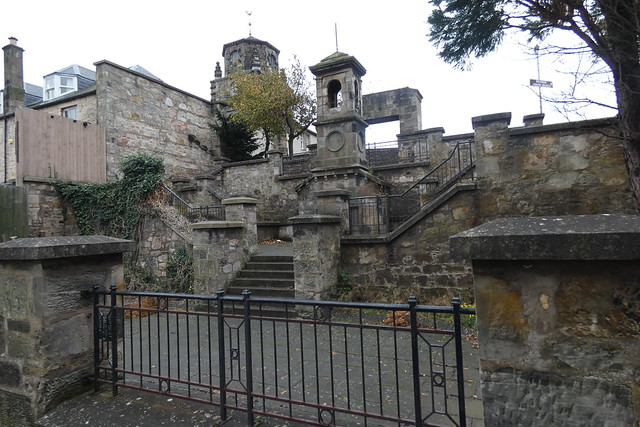 ”Listed building consent for demolition of part of existing wall and erection of fence and gates” could be a test case for attitudes and policies in Burntisland’s Conservation Area.

The site on the corner of Kirkgate and East Leven Street is neglected and perhaps little known or cared about by many Burntisland residents. 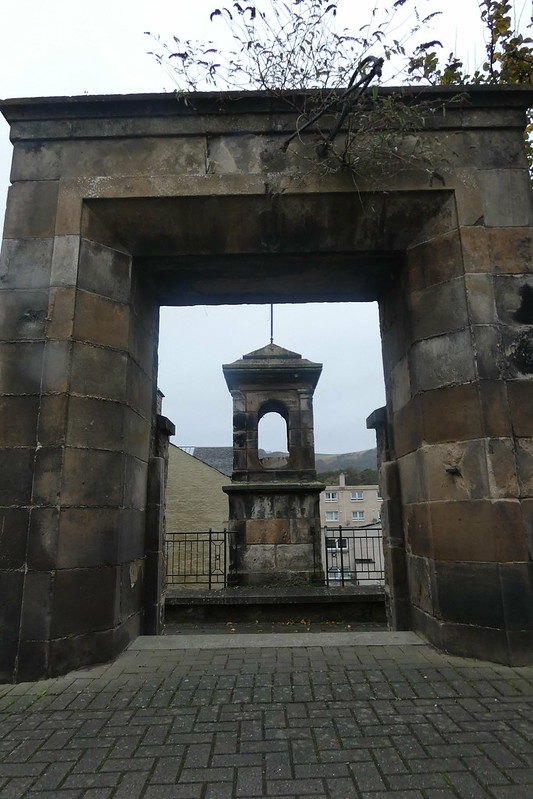 The stepped area contains what remains of the former Free Church including the bell tower and entrance. The Church was, significantly, opposite the Parish Church, dating from the Disruption of 1843. Iain Sommerville records the history at Burntisland.net

“Norman Mackie tells us that, after the congregation moved to the High Street in 1861, the building became Frank Quarton’s grain store. It then took on a new life as Burntisland’s first picture house, the Palace, which closed in the mid 1920s. After that, it served as a badminton, boxing and athletic club; and latterly as a store, used by James Ferguson. It was destroyed in a fire on 28 September 1977.”

Canmore has a photo taken before the fire. John Gifford’s book on Fife buildings dates the original warehouse as c1830.

The application states “We wish to convert the area next to our home into a garden, including a small area for off street parking. We have agreement from the Council to purchase the land, subject to planning permissions for change of use & erection of a fence being agreed.“

This was raised at the recent Community Council meeting and was discussed briefly. None of the illustrations were shown to members and it’s unknown how many had seen them online.

One community councillor said the plans “look good” another wondered why the land had not been offered for sale on the open market. The CC has decided not to comment on the plan.

It is not clear how many people know about this planned development. There is no Neighbour Notification List on Fife Council’s website or the customary laminated notification on a nearby post.

The site is C Listed and within the Conservation Area.

There has been mention of ‘anti-social activities’ and also use by local children for scareboarding etc. There was not much litter visible on Saturday – unless the abandoned trees count? 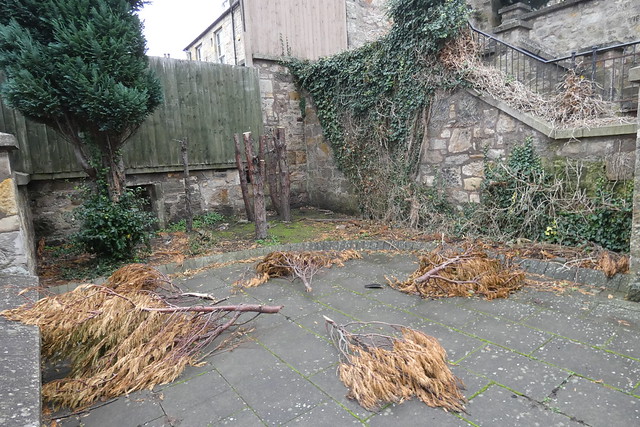 There are various issues here.

Is it right for Fife Council to be willing to sell land without (apparently) going through a transparent process?

Has this particular proposal had the normal public scrutiny process carried out properly?

Are the interests of the history and amenity of Burntisland best served by excluding public access and hiding what is there behind a solid fence?

Is the proposal in the architects’ drawing suitable in a Conservation Area opposite the A Listed Parish Church? 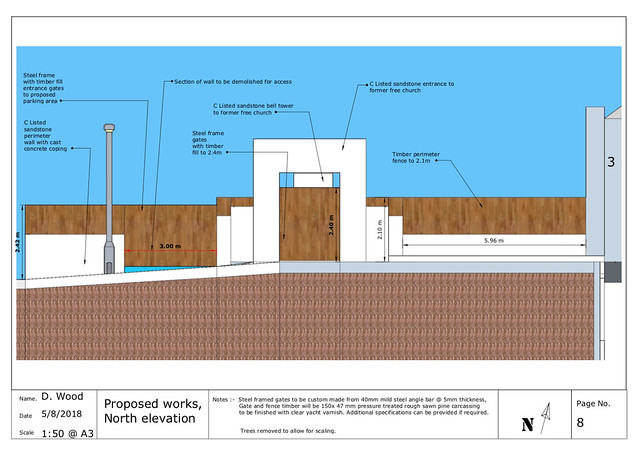 What I dislike most about this is the fence. A nice wrought iron one would be more in keeping. This would also allow views of the tower. It is a constant issue of anti social behaviour and would put it to use and save the area. But do feel it should still be visable