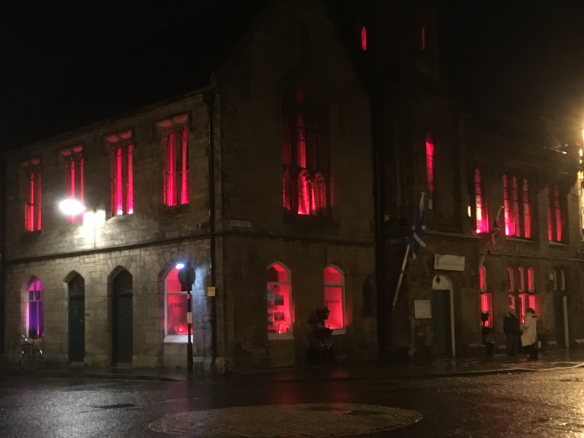 Tomorrow isn’t just another annual Remembrance Day, it also marks 100 years since the end of the First World War.

Just over 20 later it happened again with more than 50,000,000 killed. Even that didn’t result in the end to conflicts large and small.

Remembrance Day means different things to everyone taking part. Some have relatives killed, injured or damaged by past or more recent wars. Others will think of people from the town and wider world who fought in the hope of a better future for all.

Some people regard wars as inevitable and part of human nature, but few can disagree that as much as possible should be done to prevent or resolve conflicts that could escalate.

Once again the Community Council has organised a Parade which will leave Harbour Place at 10:15 and walk to Erskine Church led by the Pipe Band.

The Burgh Chambers will be open from 9:00 for people to meet-up before the parade. Anyone with a wreath to lay at the War Memorial at noon who doesn’t want to take it on the parade may leave it and it will be transported to the Memorial in time for the ceremony.

The Burgh Chambers will also be open for refreshments afterwards.