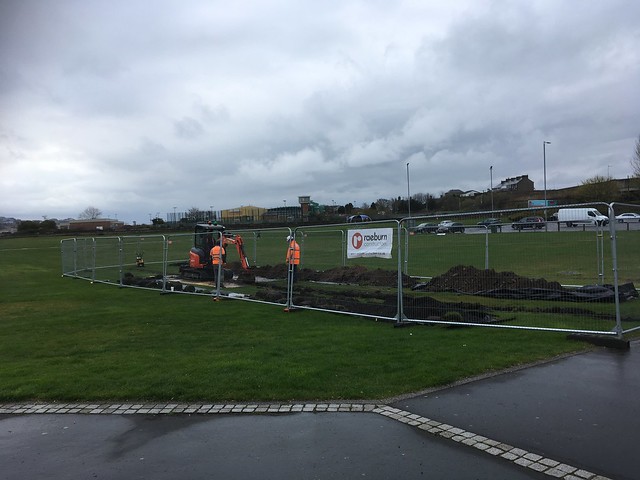 The long awaited and much needed replacement to the underground power line has begun.

The electricity supply was renewed 17 years ago –

“Concern was expressed from the public benches about the proliferation of large iron manhole covers on the Links. These form part of the new electricity supply system being installed to serve the summer fairground. The Community Council, as a matter of urgency, will ask Fife Council for more information”

The current works were put out to tender nearly a year ago.

There is likely to be a fuss over ‘who pays’. Fife Council thinks a large chunk is coming from the Common Good Fund – “Funding has been identified through a combined budget of the use of £100k revenue from Burntisland Common Good Fund and £60k from ATE Service“.

The Community Council thinks it hasn’t been adequately consulted.

This will be discussed at the Community Council on Friday. Fife Council’s Kirkcaldy Area Committee is expected to decide at its meeting on the 23rd.