Roy Mackie, posted on behalf of the campaign hub on Facebook: “When the story broke, we thought Neale had dropped out of the race altogether, leaving the Green Party’s Scott Rutherford, as the only pro independence candidate.

“That turned out not to be the case, and since it became clear that Neale was running as a pro independence, independent candidate, who still has a very strong support, we have come to the conclusion that he has the best chance of winning the seat, and keeping Lesley laird and Kathleen Leslie out.

“For these reasons we would encourage everybody to get behind him, help where possible, and come out and vote for him on the day.” 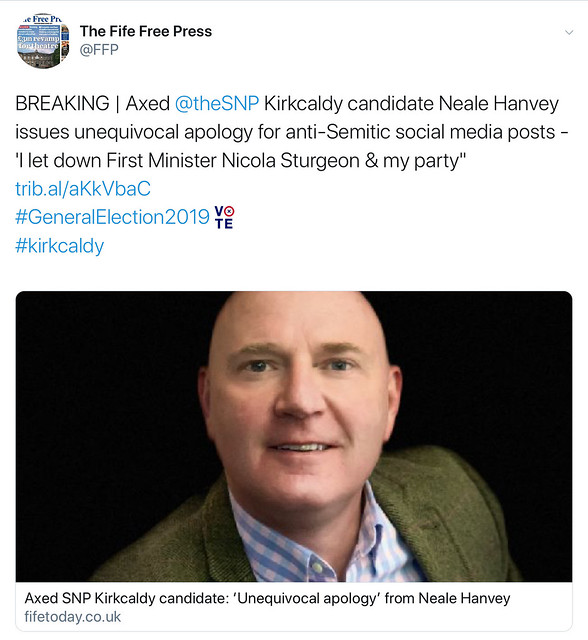 Burntisland’s next MP is unlikely to be Neale Hanvey even though his name will still be on the ballot paper.

After admitting to previous internet indiscretions he has been disowned by his party.

The Greens are hoping senior SNP politicians will back their candidate Scott Rutherford as the Party also favours Independence.

Today’s shock developments could help Lesley Laird retain the Kirkcaldy and Cowdenbeath seat. But no one will know until the count finishes on Friday the 13th. 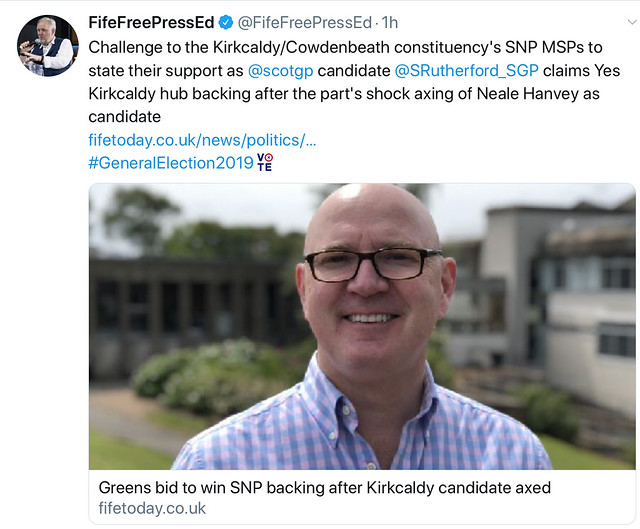