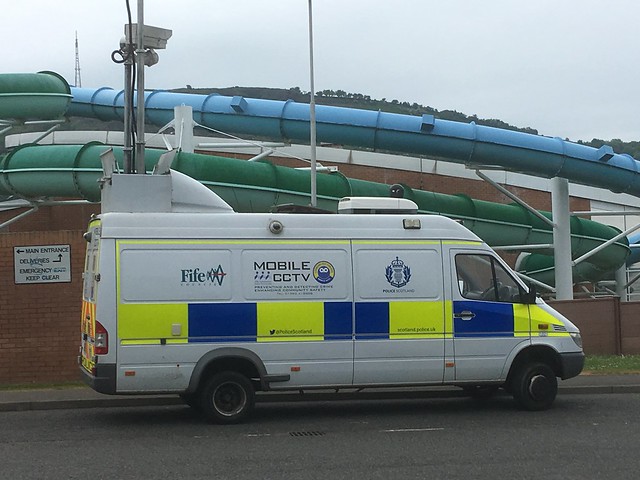 Two weeks after the incident involving nearly 40 young people, a CCTV van plus a police car patrolled the town this evening.

Some people in the large group (mostly not Burntisland residents) were involved in vandalism and violence (two arrests were made).

The assaults were caught on a resident’s camera and went viral after being put on Facebook. Subsequent press coverage made the most of this. The Sun helpfully added a Google Street View picture of the wrong end of Lammerlaws Road!

Also – “dozens of local residents have taken to social media to voice their love for their home town, and they are calling on people not to let a tiny minority spoil it for the vast majority of law abiding citizens who are very proud of where they live.” (FFP story)