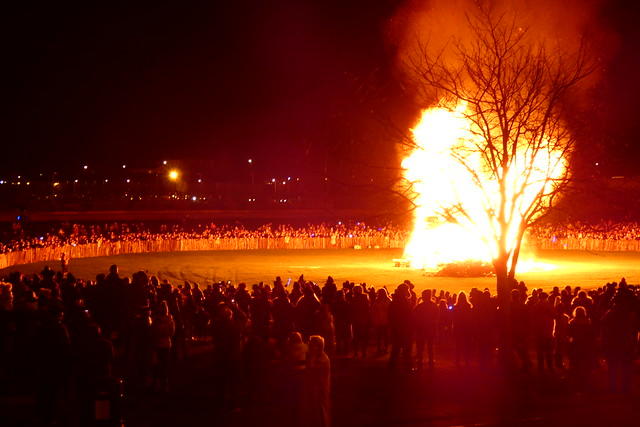 It’s only two months to go to Burntisland’s hottest night of the year.

The Bonfire & Fireworks Night is (nearly) always on the 5th and will be again this year.

Already a small band of volunteers from Burntisland Events Group is working away to make sure the night is another success.

The fireworks have been ordered, the pallets sourced and Radio Lollipop booked to provide entertainment and the PA for important announcements. 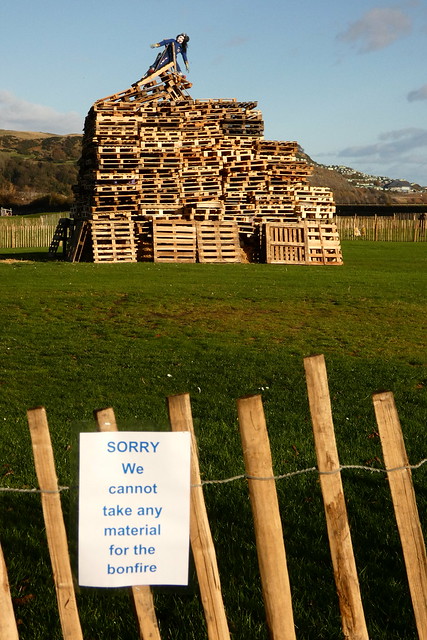 Community Payback people are due to erect the chestnut paling exclusion zone a couple of days in advance and volunteers will build the bonfire on the day.

Some shops and cafes in the High Street will open late and stalls and rides will return to the Links – for one night only.

Of course, in spite of all the volunteer effort, money needs to be raised to pay for fireworks, insurance etc. So, on the night, a mass of bucket shakers will be required. 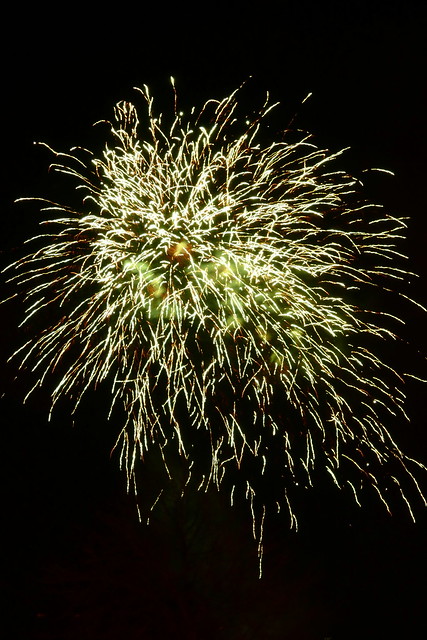 You don’t have to be on the Links to watch the fireworks. The tide will be out so the view from the bay will be something like this.

It’s hoped that ScotRail can be persuaded to lay on extra coaches or stop a few trains that normally pass. Last year things were particularly bad as the 5th was a Sunday with half as many trains. Some people were stranded for an hour as the trains were full. They were also delayed at the platform for several minutes while people tried to cram on. 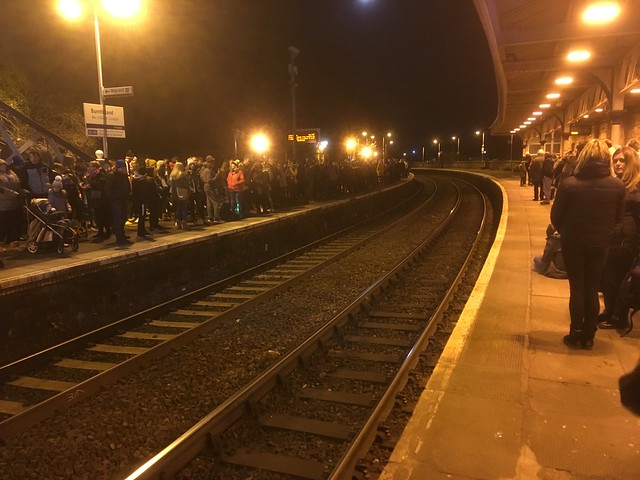 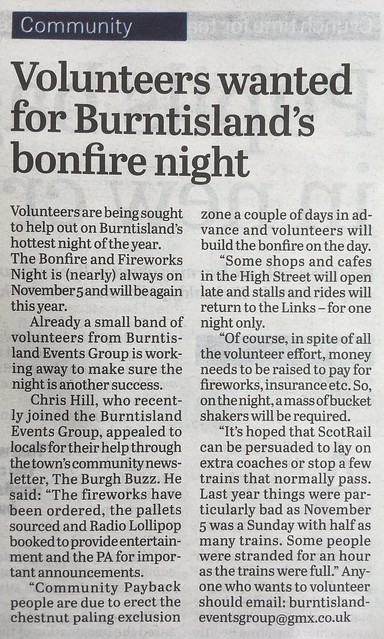 1 thought on “Remember REMEMBER the 5th of November”