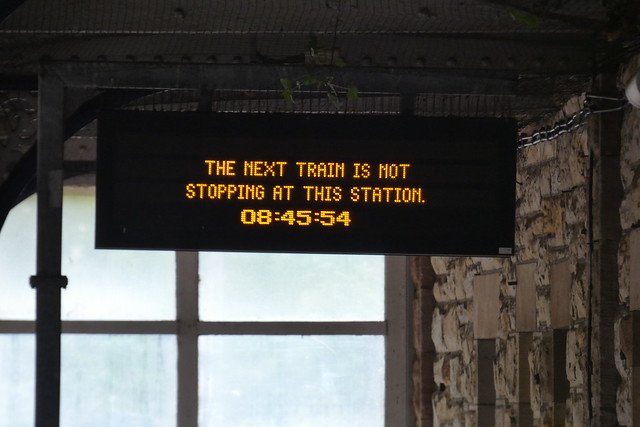 Yesterday, the first weekday of the summer timetable, was not great.

The popular 8:05 to Edinburgh was “cancelled throughout due to a signalling problem” – presumably not ScotRail’s fault

People expecting to catch it either made other arrangements or waited for an extra 18 minutes because the previously normal 8:34 no longer exists.

At least there were fewer passengers than a normal Monday because of Victoria Day in Edinburgh.

Today (Tuesday) no cancellations and the service back to normal (average 2 minutes late).

No longer have time to go to the gym before work now, which is super gutting 🙄 also the train that would get me into work at a reasonable time is obviously cancelled today.

Good start with the new timetable, next train not for forty minutes. #scotfail pic.twitter.com/aLnOlfO3rO