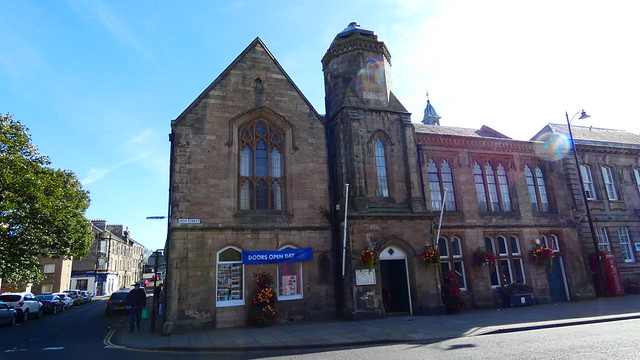 Following the recent resignation of George McLauchlan as Secretary and Treasurer, the new Secretary is expected to be confirmed as Yvonne Crombie at Friday’s CC meeting.

Since the new CC was formed a year ago five members have resigned and two people have joined. There are currently three vacancies, so anyone with a keen interest in Burntisland and a willingness to help with the work of the Community Council should consider offering to join.

The RBBCC’s website gives an outline of some of the projects it is currently involved in, including, Remembrance Day, Christmas Lights, Burgh Chambers redevelopment (not least the return of the clock tower), Community Action Plan (currently going through a review and update process), Community Award, Scots Verse Competition, Lammerlaws (the outline proposals will probably be replaced by simpler initiatives), Paths Group, Links Management issues and Play Parks initiative (started after Fife Council published proposals to ‘rationalise’ the play parks it manages).

Community Council’s are an important part of local democracy – “They must ascertain and express the views of the community to local authorities and other public bodies, and to take action which appears to be in the interests of its community. They can complement the role of the local authority but are not part of local government. They should have a positive working partnership with the local authority – therefore they must be informed on the council’s policies, and keep the council updated on their activities”.

Burntisland’s community council welcomes help with its projects and activities – people don’t have to be members of the CC to be involved.