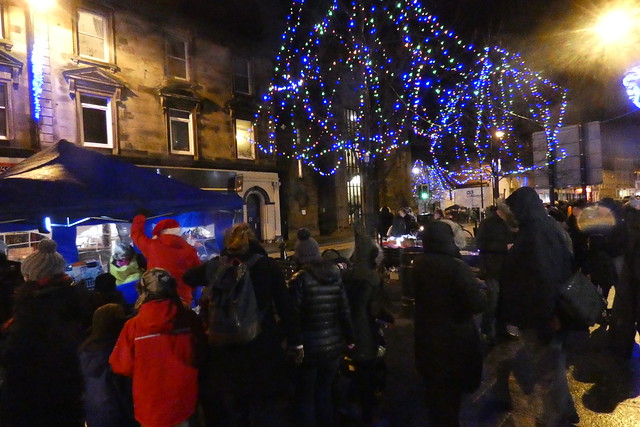 One of the successful events organised by the BCDT

Almost 20 people turned up last night to consider the future of the CDT.

Three directors left the Trust last year and the four remaining appealed for new people to join the board.

By the end of the meeting five more had agreed to join. (Another signed up later.)

The BCDT was formed in 2016 after a recommendation in Burntisland’s Community Action Plan.

The CAP process was initiated by the Community Council and involved an extensive consultation with public meetings and surveys.

Several hundred people gave their views and these were converted into an attractive, readable and inspiring 20 page report.

The BCDT has been working away in the background including involvement with the Burntisland Community Energy Masterplan which is now being taken forward in part by Change Works.

The BCDT is a legal entity with all the necessary “governance” systems in place to help other groups (existing or new). That (and the work that has gone into creating it) is why the Trust want to continue – with extra members.

Now the focus is to bring broader economic, social and environmental benefits to the town.

A wide ranging discussion brought up all sorts of possibilities including improving the environmental value of the links and beach, possibly working towards a ‘plastic free Burntisland’ with ideas for involving local businesses more – particularly in the High Street.

The BCDT is well placed to do this as it has already organised two Christmas Markets which have been enthusiastically embraced by many of the shops. In future there might be similar events at other times of the year.

Now the plan is for the new Trust group to confirm their priorities and form various subgroups to take these forward – there are opportunities for more people to get involved.

Trust director Jo Hobbett concluded by saying “this has been a fantastic meeting, we have agreed on some key projects to focus on and agreed on the support that the Trust can offer sub groups driving these forward.

“We have good reason to feel a lot more positive now and particularly look forward to welcoming our new board members”.

Anyone wishing to join the Trust as an ordinary member or get more involved should email bcdt2016@gmail.com.