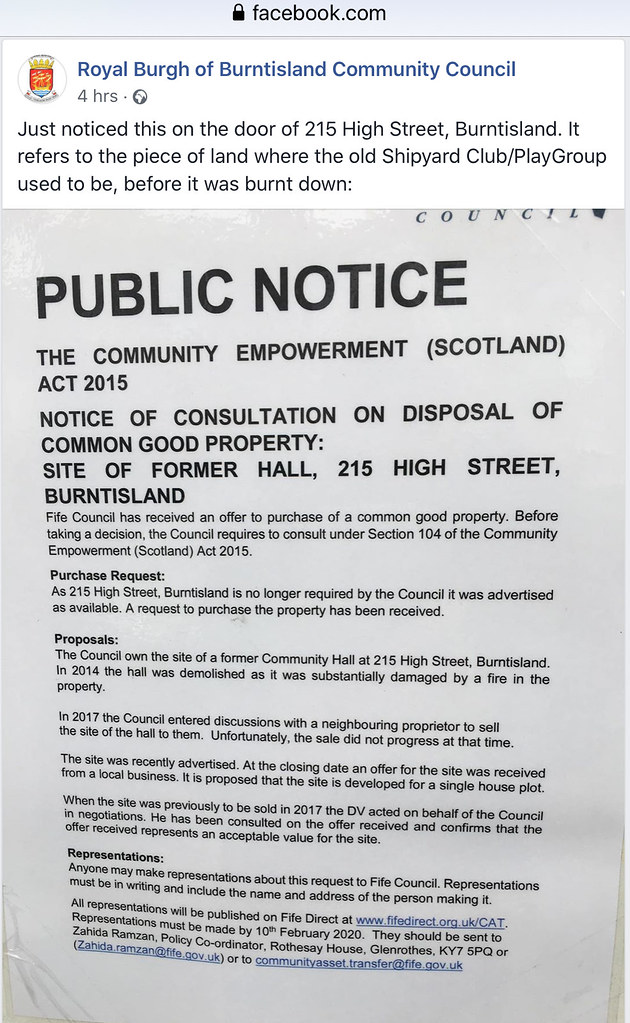 Burntisland, Common Good and controversy seem to go together.

The saga about the use of CG money to renew the cables under The Links rumbles on.

The whole business of who decides what can be done with CG assets and any cash from income never seems to be clear.

The roles of Fife Council, its officials, Kirkcaldy Area councillors and Burntisland’s own Community Council seem unclear or at least are disputed.

The photo above, posted on the CC’s Facebook suggests that FC has realised that it needs to do a consultation.

This seems curious as, previously, it had been announced that the land was sold.

It was sold in April.

“Although the property is held on the Burntisland Common Good Account, the Sheriff’s consent to the disposal is considered not to be required because of the history of leasing and the public not exercising any rights over the property.” 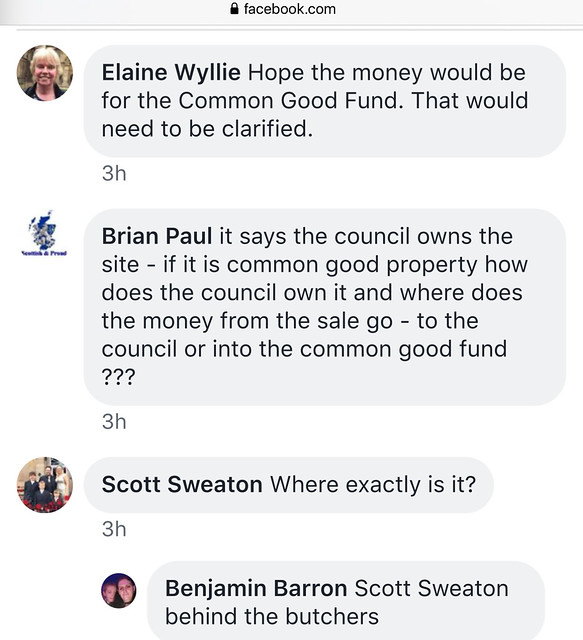 Fife Council accused of years of mismanagement of community assets