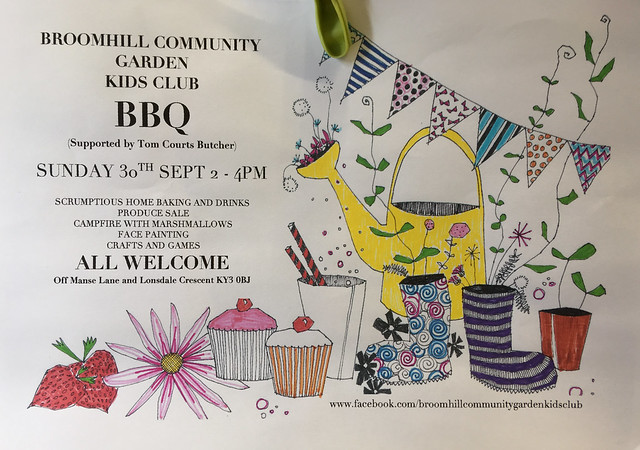 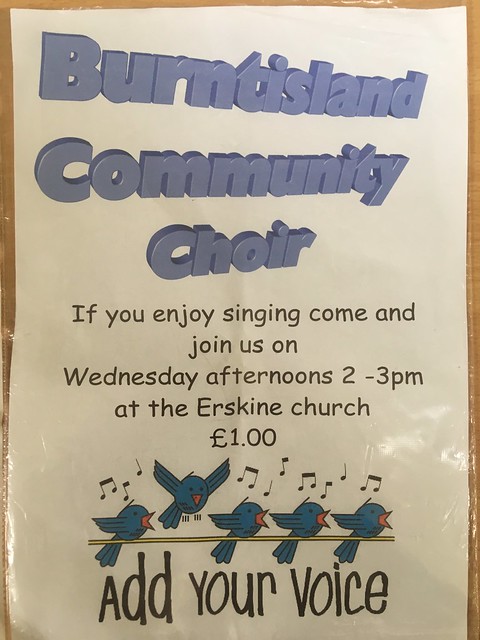 So, start thinking about your costume for next June’s parade or shop window. 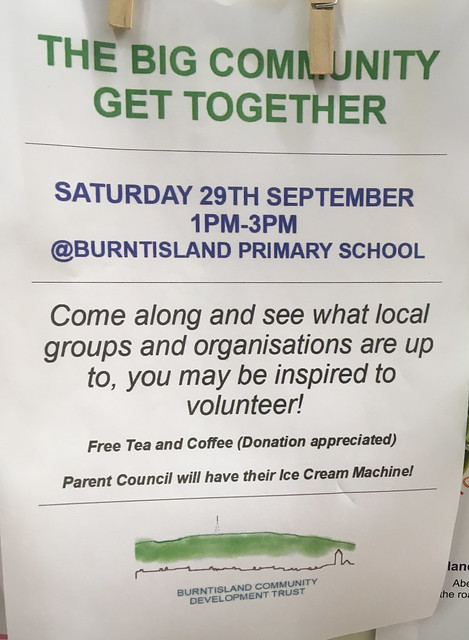 PLUS wide range of Burntisland’s many organisations that you might like to know more about, or perhaps join in with. 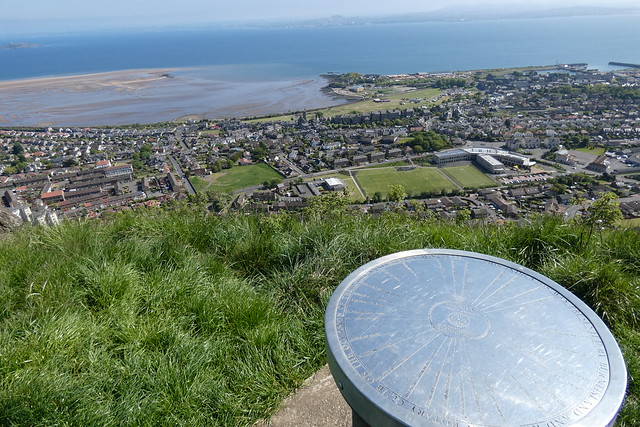 “The walk takes about three hours and includes a climb to the summit of the Binn. Walkers should be reasonably fit, and wear stout footwear and clothes suitable for the weather conditions. Participants are advised to bring along a snack and a drink.”

Today’s guide will be Ian Archbald of the Heritage Centre. Lovely day for a walk to the top of the Binn. 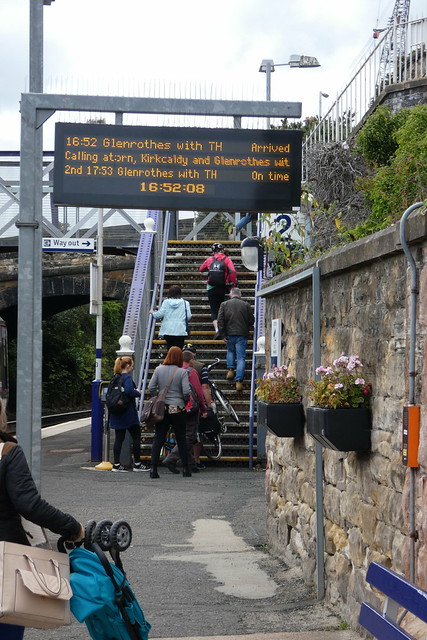 As reported in today’s Courier –

“Local Conservative councillor Kathleen Leslie has taken the issue straight to Holyrood after being told by Transport Scotland that Burntisland is not in line for a revamp.

“Last month I received a response from Transport Scotland stating that Burntisland did not appear to fit the criteria for an upgrade which would provide full access to all,” she said.

“Criteria such as footfall, areas with a high incidence of disability and particular local circumstances such as the proximity of hospitals were all listed as possible reasons.

“But I have now written back to Transport Scotland with a rebuttal on each of these points.”

The next meeting of the Burntisland Station Steering Group is on the 23rd of October. 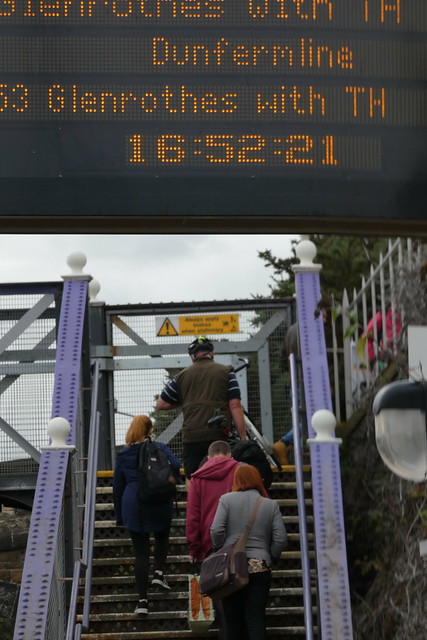 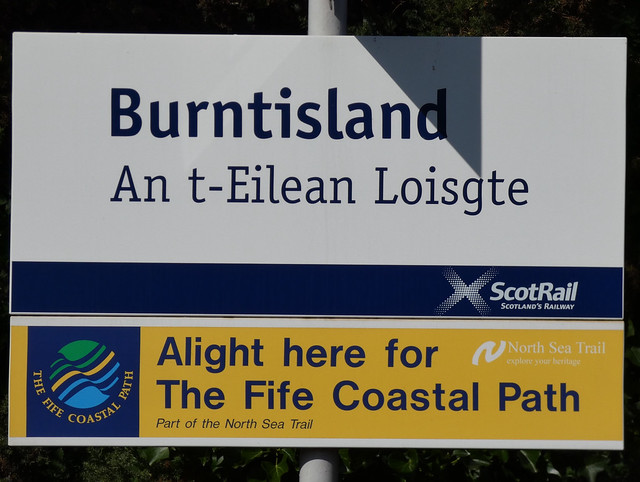 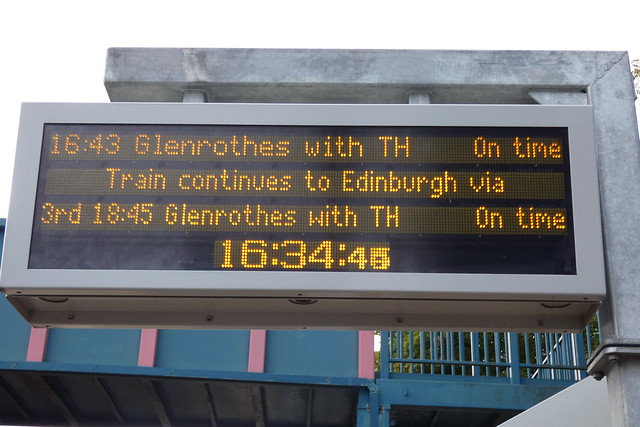 Yesterday's meeting with Shadow Secretary for Transport @jamiegreeneUK was very productive in discussing the need for accessible railway stations. This morning Transport Scotland have been in touch to say they r willing to meet – hopefully to better outline criteria for upgrades pic.twitter.com/jibeIySXci

Alison Smith’s book is available in paperback and also for Kindle but to confirm her love of landscape and sea swimming she is hosting four Fife beachside launch events. (And Facebook Live!)

Alison has lived in Burntisland for the last 14 years. She says her book “was written in, mentions, and has many a photo of Burntisland and the Fife coastal path throughout”.

“The self-help book uses nature as a metaphor for our lives. Which means if we can’t see the wood for the trees, are stuck in a rut, or are up the creek without a paddle the answer lies in a wood, a rut or the wood”. 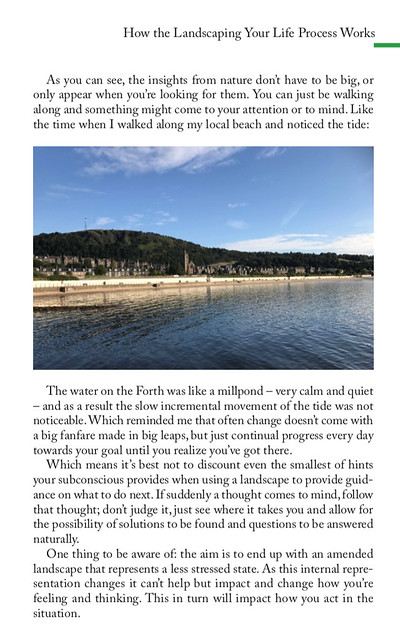 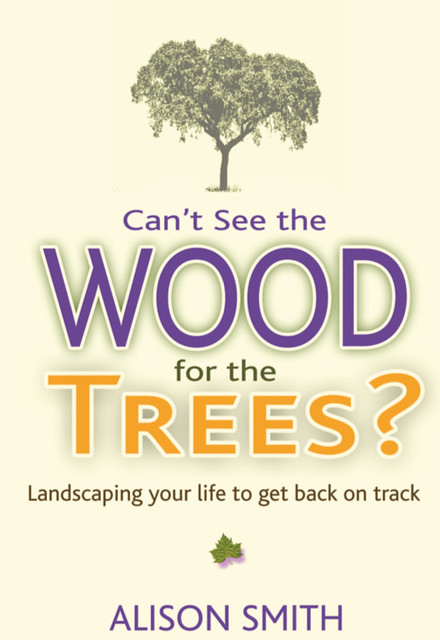 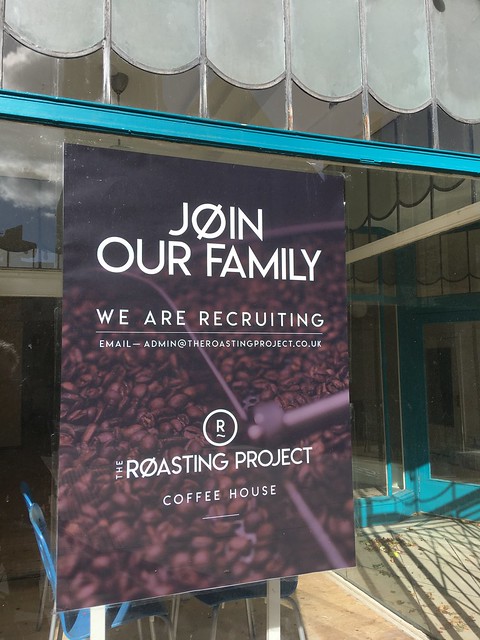 Complete with roaster at the back. 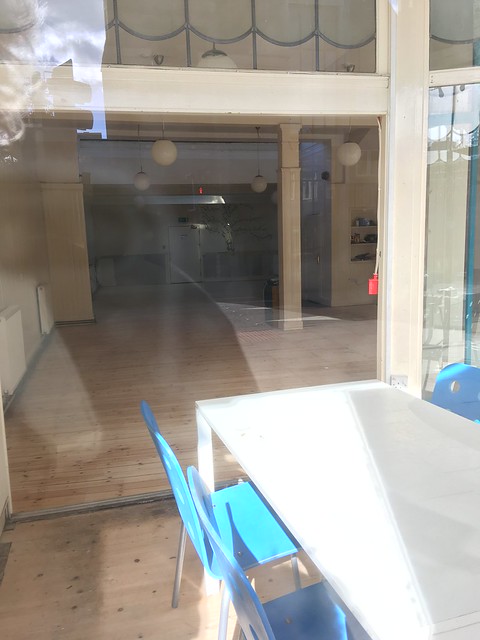 The word “family” is significant.