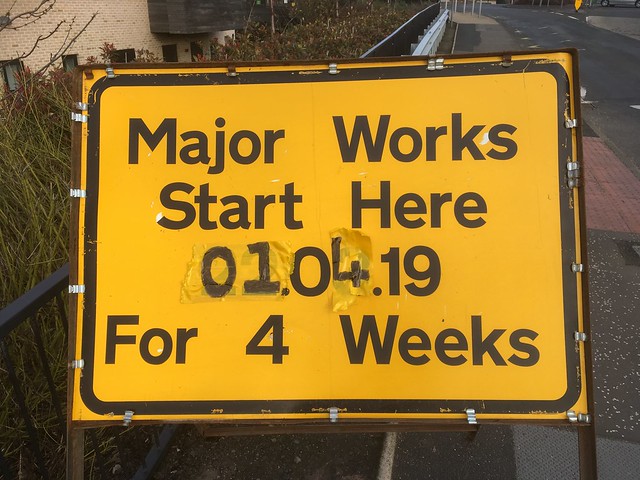 The postponed works by the school are due to start in the morning. 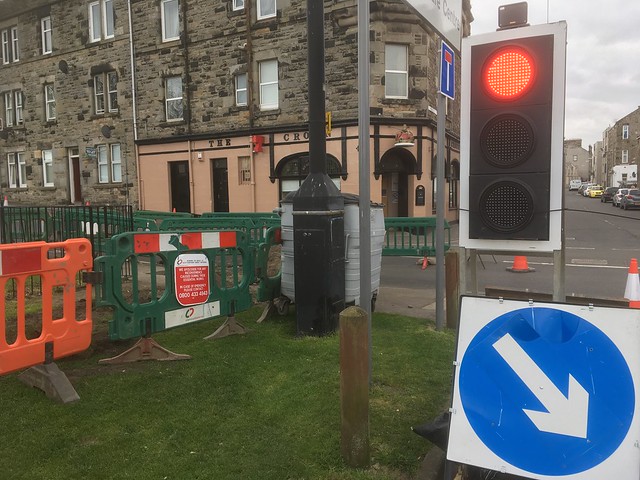 The work by the Links car park is expected to take “10 working days”. 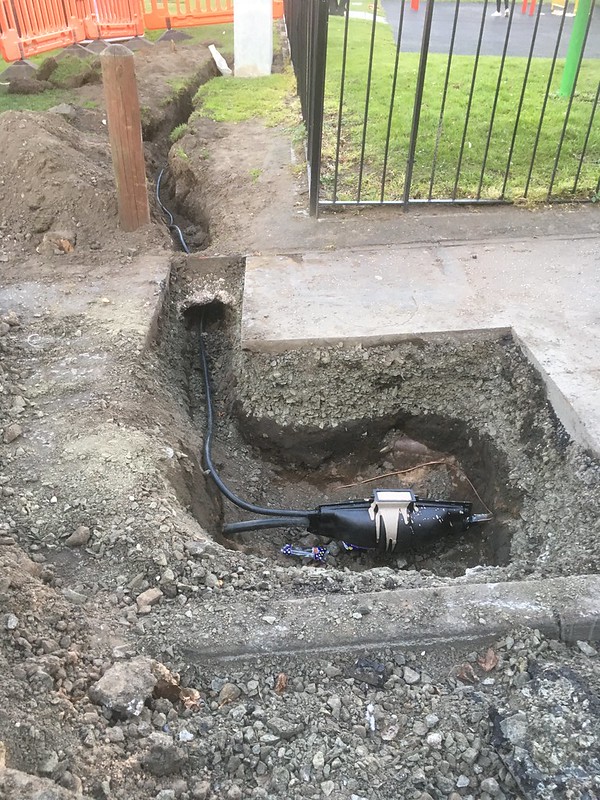 (Believed to be for electric vehicle chargers.)

Temporary Road Closure Thistle Street, Burntisland
Thistle Street from Rose Terrace to Manse Lane.
The alternative route for through traffic is via Cromwell Road, Aberdour Road, Kirkton Road and East Broomhill Road.
Access for emergency service vehicles and residents will be maintained to either side of the works via the alternative route.
Pedestrian access will be maintained.
From Wednesday 17th April until Monday 22nd April 2019
To allow Scottish Power works to be carried out in safety. 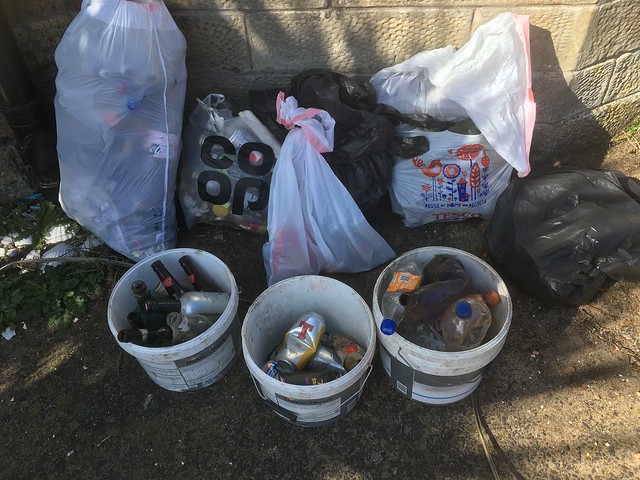 This morning a large group of adults and children met at the Beach House for the first monthly cleanup.

They picked over the Beach, Links and Lammerlaws. 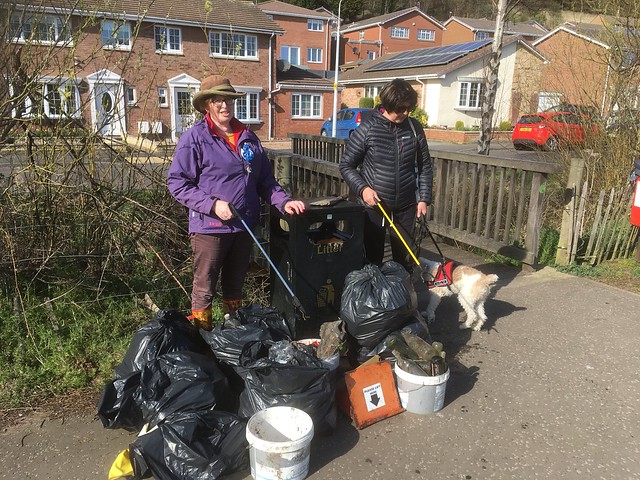 This afternoon a smaller group, including local councillor Lesley Backhouse and Events Group Chair Ailsa Powrie finished off the Cot Burn Cleanup started a week ago. 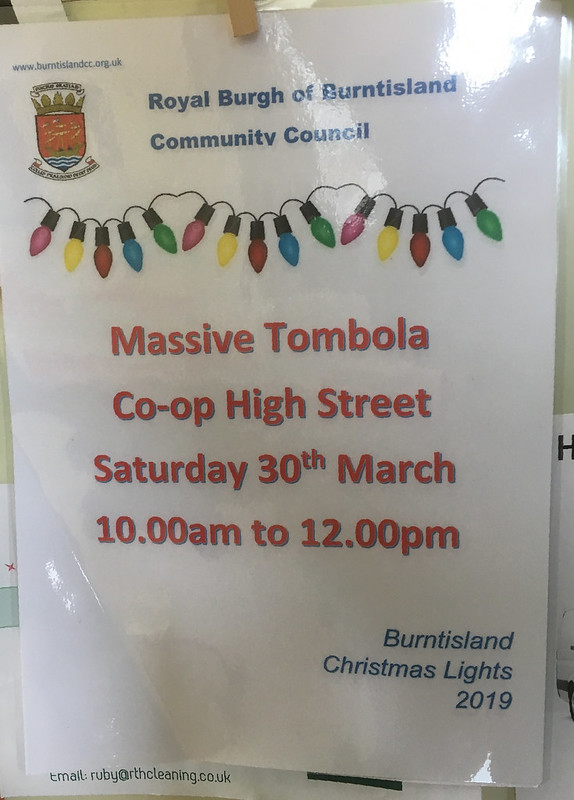 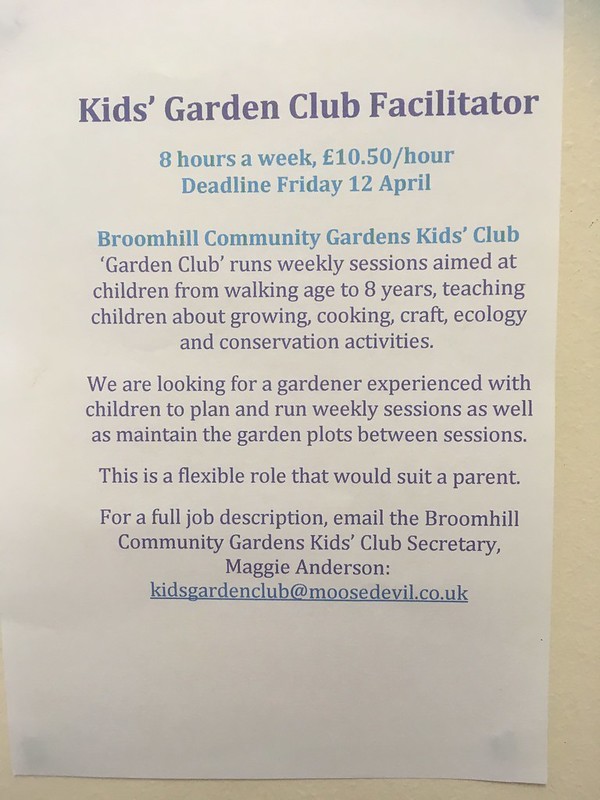 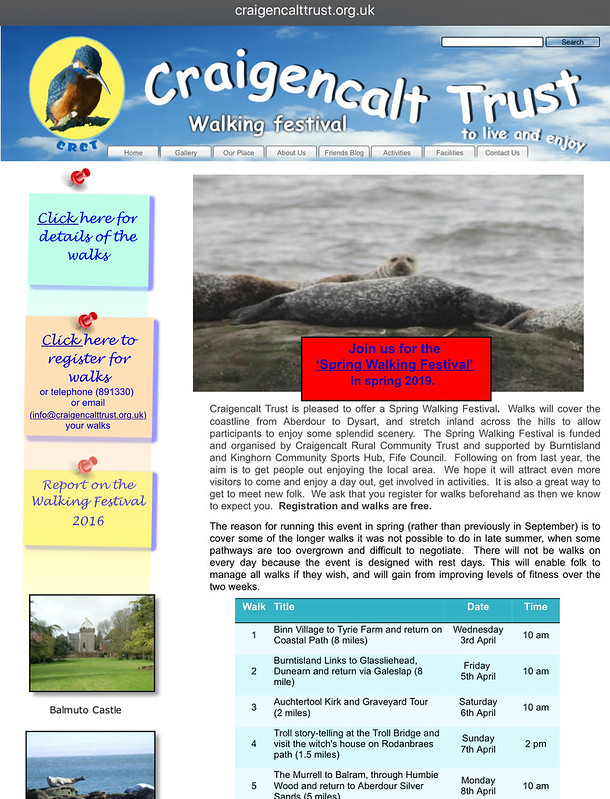 We do ask that walkers wishing to take part in walks register for walks beforehand, but can usually be accommodated up to one hour beforehand by letting the organisers know by phone or email. We also ask that you arrive promptly so that walks begin on time. Walk schedules will say where the walk begins and ends but please get in touch if you would like further information. . If you have a health condition that you think is relevant, please make the leaders aware of this prior to your walk. 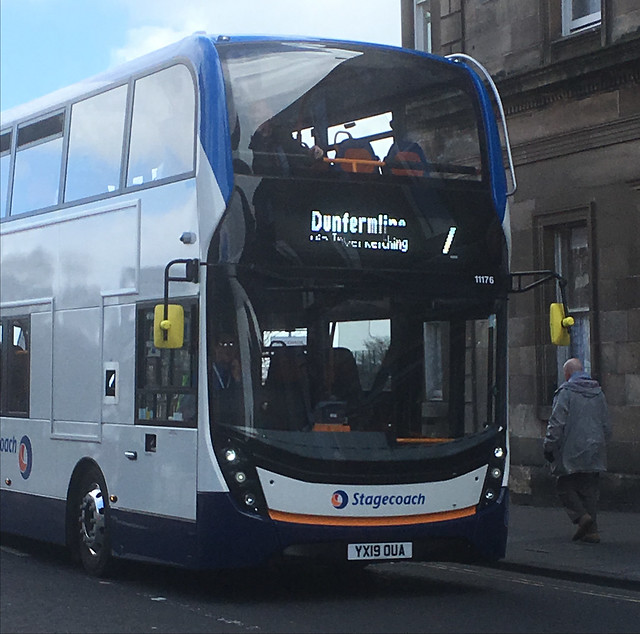 “We’ll be at Burntisland Links with the team from Kingdom FM on Monday 8 April to launch our new electric hybrid vehicles with a great free event for all the family.

Try out our new vehicles
Have a go on some inflatables
Enjoy entertainment from Kingdom FM
Grab some freebies
And more!

This very fine piece of artwork is on display inside Change Works In Burntisland.

It’s a collaboration between Change Works and Totally Locally Burntisland.

The display, which highlights some of the ‘environmentally friendly’ offerings and actions of local businesses, was put together by Lorna of TLB and Jo from CWB.

Jo said “it was great to have a chance to pop into the High Street shops and it has already generated a lot of interest, we have space for a few more but I think we may end up needing an extension to the display”.

Well worth a closer look. 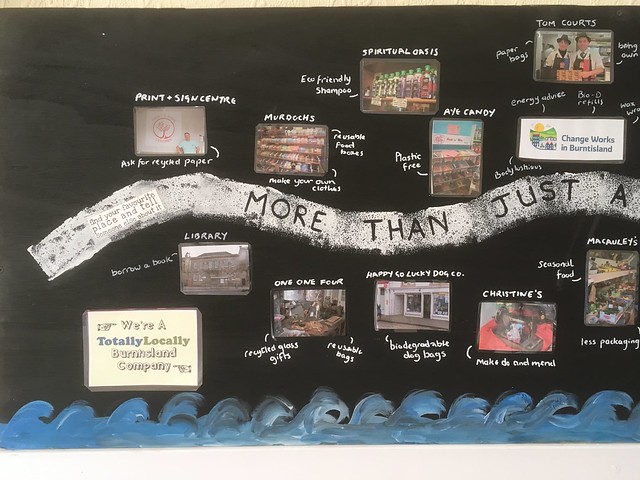 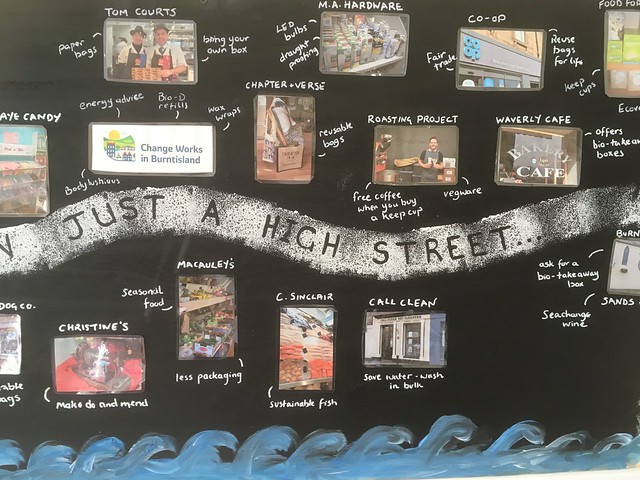 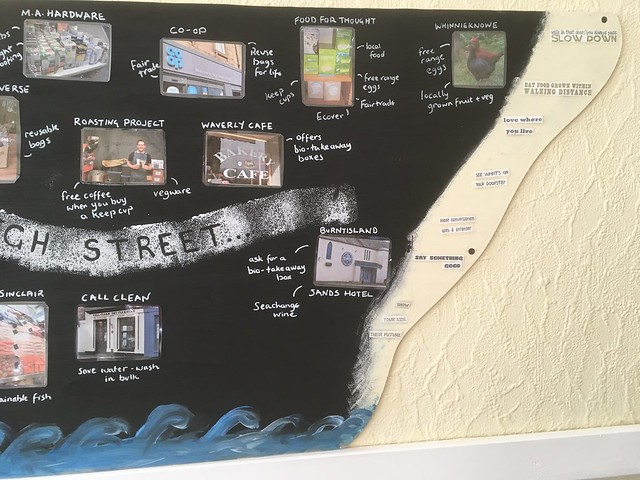 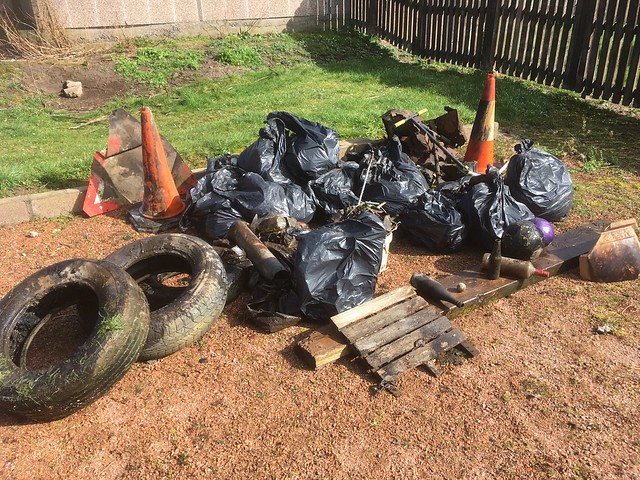 Today a group of local people got their wellies wet and removed 20 bin bags of rubbish (including large amounts of crisp packets!) plus 3 car tyres, 2 small scooters and traffic cones. 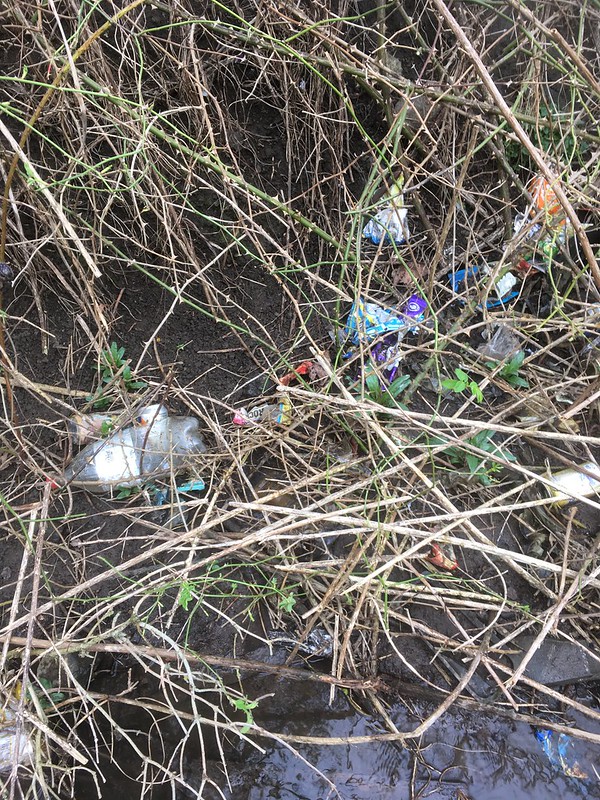 The Cot Burn is often known as the Toll Burn as it passes the Toll Park and the Primary School.

Fife Council is planning to replace the chestnut paling fence with a bow top metal one.

It is also planning to manage the vegetation, though details are not yet known. It is hoped that the new work will incorporate the ‘dipping platform’ that was discussed between The Ecology Centre and the school before it moved to the new site.

Before today’s litter pick a thorough scan was undertaken for any nesting build activity. None was found.

No rats were disturbed, BUT a lone, healthy looking newt was seen. 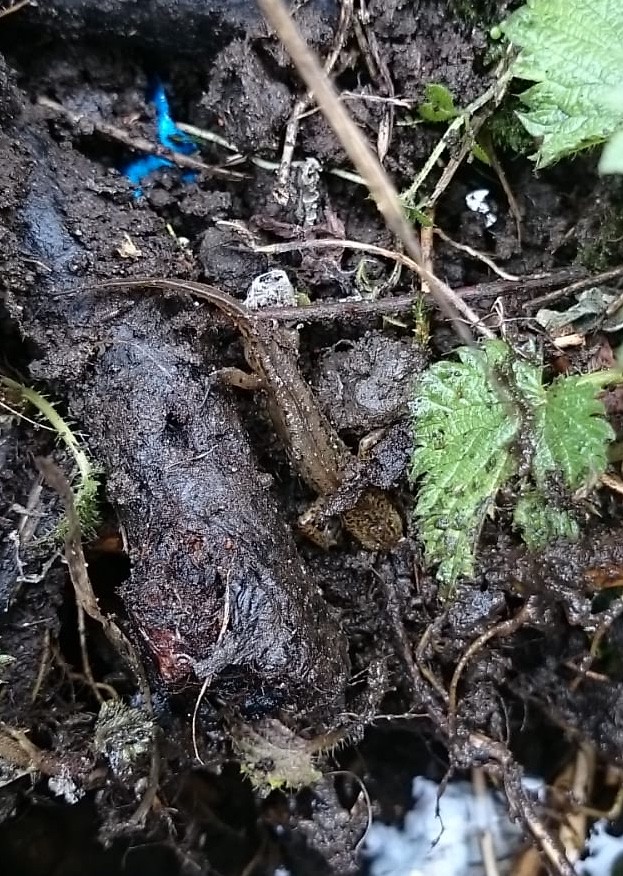 The removal of plastic bags and drinks cans, will improve the environment for wildlife and make the area more attractive for human passers-by.

Most of the stretch behind the Toll Community Centre down to the footbridge has had the rubbish removed, more to be done. 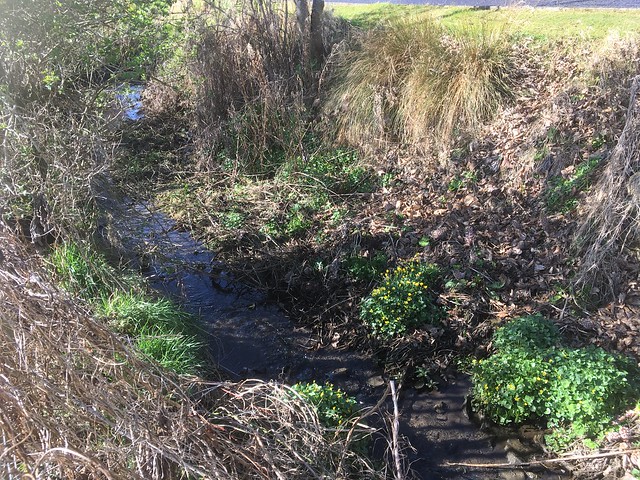 Lots of flowers and shrubs getting ready for spring.

Great work! Hoping we can work together to keep this area a biodiversity corridor – a valuable wild place!

“Food wrappers, including crisp and sweet packets, were the second biggest form of plastic pollution in rivers, followed by cigarette butts. All of these forms of litter can cause problems for wildlife and fish, and are hard to clean up once they have found their way into the water.”

This has just been launched by Change Works.

Senior Project Officer Jo Hobbett said “The biggest risk to our climate is human activity and we can all do something to cut our energy use and demand on finite energy resources. Research indicates that householders save on average of 10% on the fuel bills by being more aware of their consumption and taking action to tackle wasted energy. These monitors are simple to fit give people the tools to monitor their own energy use” 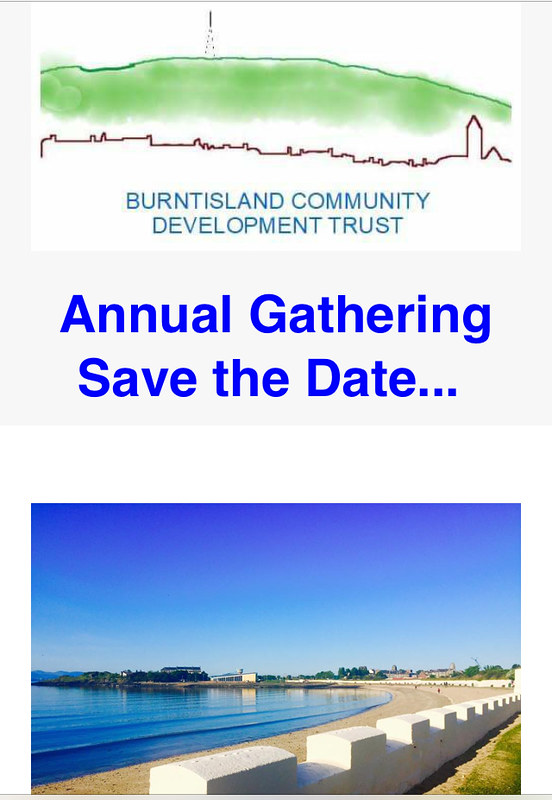 Following the recent public meeting where enough new people joined the Trust, to give it a firm future, a smaller meeting was held to consider the possibilities raised.

These are the main areas so far agreed –

Strengthening links between the residents and our fabulous businesses, artists, crafters and creatives

Burntisland Community Development Trust is holding its AGM on Thursday 4 April at The Sands Hotel (7:00).

People will be able to find out more about the Trust and the projects that are being developed. There is plenty of scope for people to get involved, without the need to become a director.