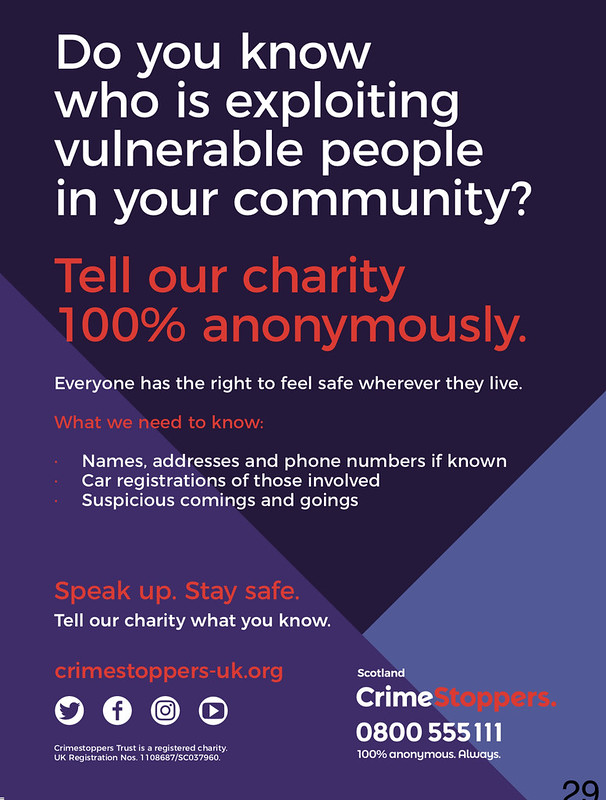 The Central Burntisland Tenants and Residents Association has recently developed a new partnership with the UK wide charity Crimestoppers and hopes that, in the not too distant future, residents will begin to see posters around the town advising what to do should you witness any criminal activities or anti-social behaviour.

CBITRA Chairman Iain Ralph says “the beauty of Crimestoppers is that all calls made to them are anonymous. We as a group work hand in hand with our Community Police Officers, the Safer Fife Team, Fife Council Housing Officers and Fife Council elected members.”

Burntisland’s new community policeman Danny Hatch says ”anti-social behaviour comes in many forms. Often fuelled by the consumption of alcohol, which descends into violence or vandalism to property, this unacceptable behaviour has a detrimental impact on law-abiding people‘s lives. All night parties can also cause great disturbance and distress to residents in neighbouring properties.

“I am aware that anti-social behaviour has been the subject of social media reports and in this respect, I can only stress the importance of reporting such incidents to police. Only by members of the community reporting these incidents through official channels can police gauge the extent of the problem and take appropriate action.” 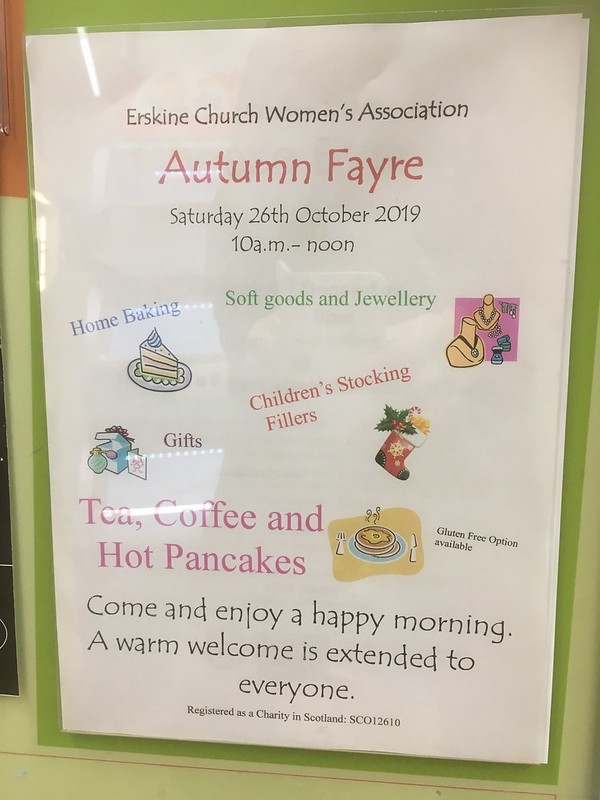 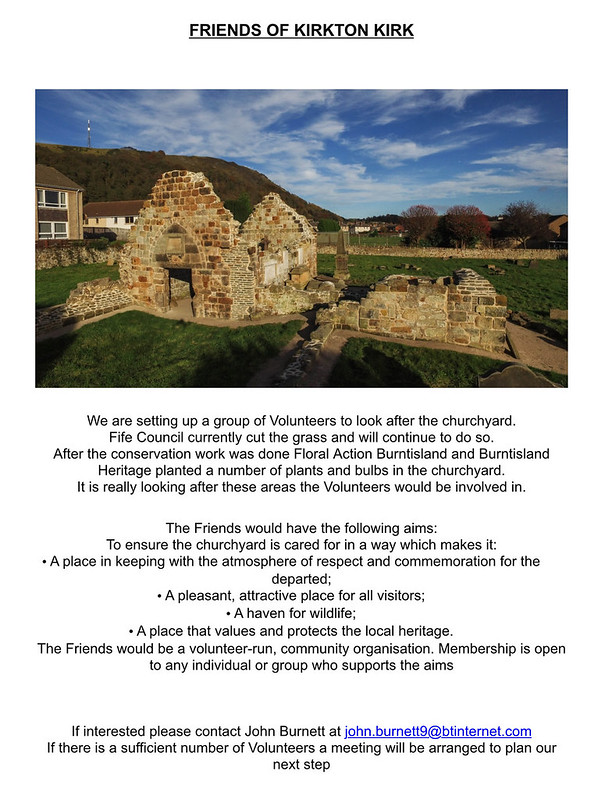 The people who ‘rescued’ the old church and churchyard (from neglect and ivy) are looking for some help to maintain and improve this tranquil oasis.

If so, email John.

“The project has been led by Burntisland Heritage Trust and supported by Fife Council. The bulb planting is part of a drive to encourage more wildlife into the graveyard.” 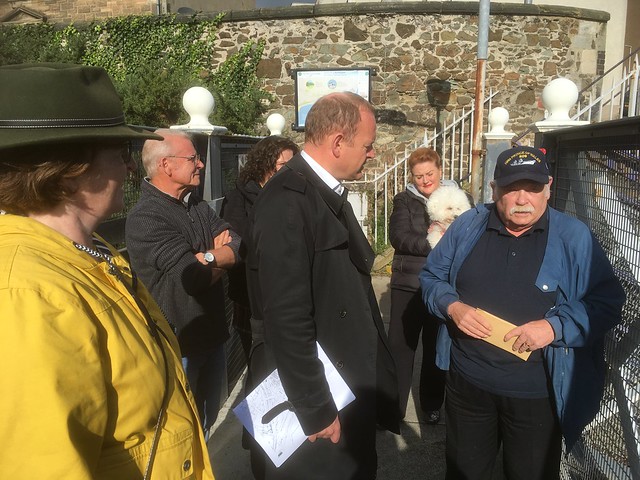 Last week the Managing Director of Scotland’s Railway (ScotRail and Network Rail Scotland), Alex Hynes, paid his first visit to Burntisland (the station and surrounding area) to meet a small group of local people to look at some of the issues affecting the station. This was as a result of a request by Cllr Lesley Backhouse.

Mr. Hynes was shown around the station and the immediate area. He was clearly impressed, as he later posted on Twitter – “Brilliant Burntisland! Fascinating visit to meet the local community to discuss improving access to the railway. Hadn’t fully appreciated the station’s heritage before!”

Before he caught his return (on time) train to Edinburgh, he said he would get together a group of “can-do people” from the rail industry and Transport Scotland and see what could be done “quickly”.

The saga of trying to get step-free access to Platform 2 at Burntisland Station seems to be moving forward positively. Improving the situation is an idea mentioned several times in Burntisland’s Community Action Plan, though campaigning had already been underway for a decade.

An application has recently been made to the Access for All Mid-Tier Programme with the support of local politicians and groups. This has now been passed to Transport Scotland for detailed consideration.

It is based on a plan for new lifts up to the existing footbridge. One problem with this idea is the way the railway industry works, and its concerns for safety, insiders say the line would have to be shut for several days.

Clearly this would cause disruption, but also require compensation to railway companies, adding to the cost.

In addition, the long delayed plan for electrification of the Edinburgh to Aberdeen route seems have become more likely due to the approval of the reopening of the Levenmouth rail line.

This would mean the raising or replacing of the current footbridge and, perhaps, making the proposed lifts redundant after a short life.

By contrast, a long ramp (similar to the one at Cupar) could be constructed without closing the line. Lifts have obvious advantages over ramps, but at Burntisland Station it is likely that lifts would be small and not able to be used by as many people with luggage, buggies and bikes as a ramp.

Alex Hynes was told about the fact that both waiting rooms are only opened for a few hours each day and also that Burntisland is the only station on the Fife Circle without tactile tiles near the platform edge.

Mr. Hynes took note of all the issues raised but said it was clear that the key issue was accessibility and he would go away and concentrate on this.

He also indicated that it would probably be easier to find money in Scotland rather than wait for Burntisland to qualify for money from the UK DfT. 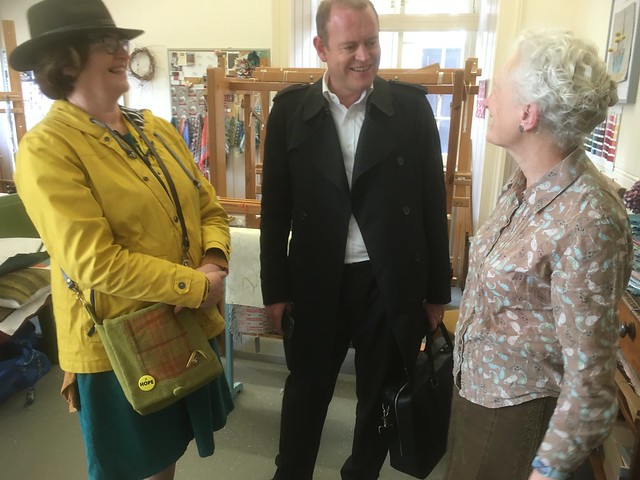 I’m glad @AlexHynes enjoyed his visit – I hope he does get ‘can do’ people together to deliver improvements to accessibility – every representation I have made on these issues has had a ‘computer says no’ response so I hope this indicates a change https://t.co/q7lpmvwuyj

Everything crossed for this – getting accessibility for Burntisland station would be amazing. It would also free up so much volunteer time and energy of people living here-it’s been such a long campaign🤞🏻 https://t.co/fVviQiuuvz 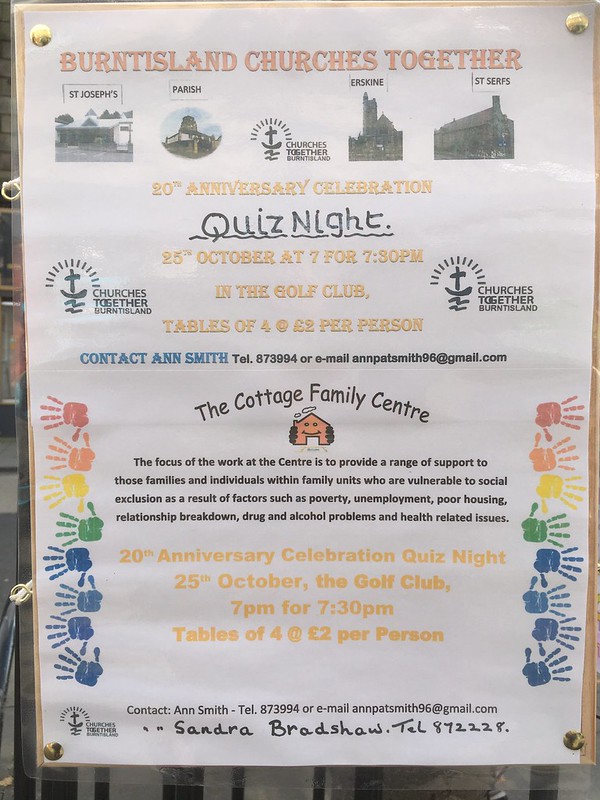 “Burntisland Churches Together Quiz Night: Friday 25 October, 7.00pm for 7.30pm Burntisland Golf Club. We are looking for teams. It’s our final curtain! We started in 1999, this will be our celebration final evening.” 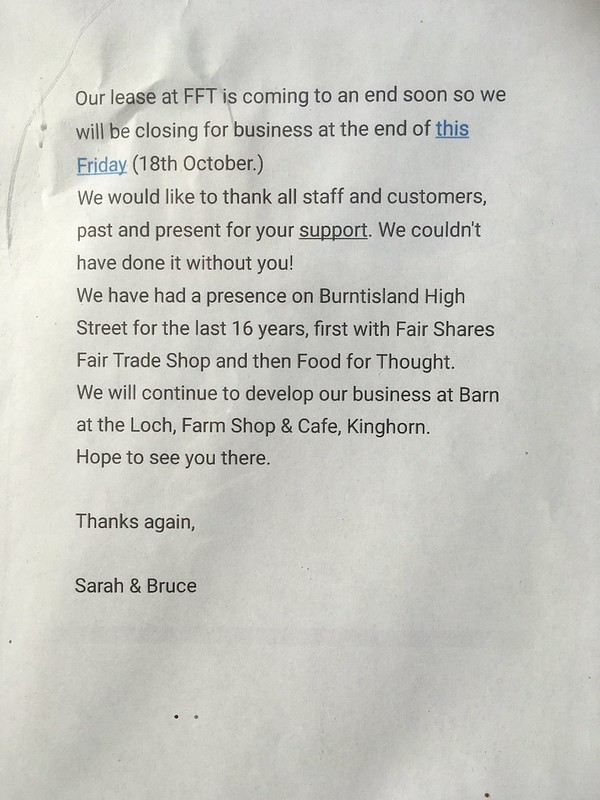 The ending of the lease on the current premises means the end of 16 years of trading in the High Street.

The owners will be concentrating on their other business – Barn at The Loch, Farm Shop & Cafe at Craigencalt Farm. 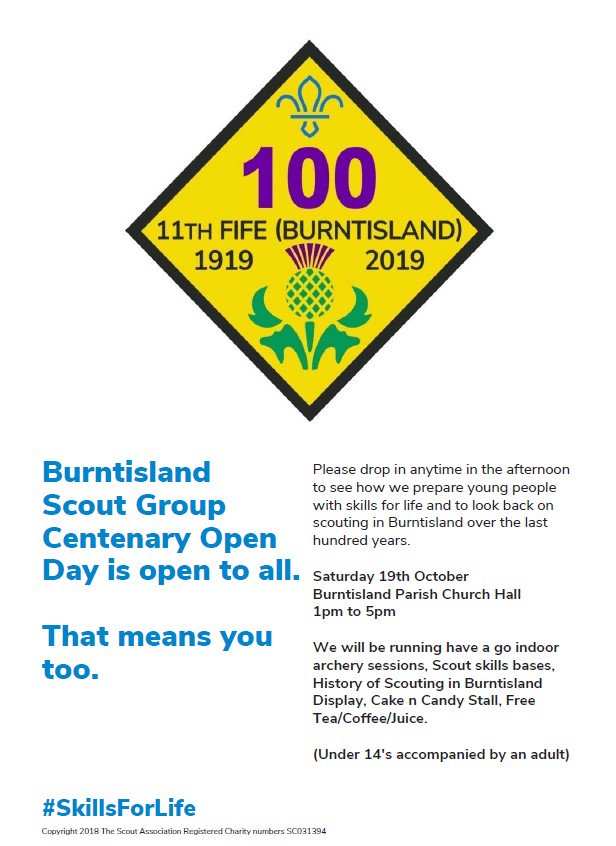 “We are a mixed youth organisation that offers fun & challenging activities, unique experiences, adventure & the chance to make a positive impact in communities.”

We are holding our open day to celebrate our centenary on 19th October between 1pm and 5pm in the Parish Church Hall in Burntisland, everyone is invited to drop in to help us mark the event, details below.#Scouts #Scouting #centenary #skillsforlife @ScoutsScotland @UKScouting pic.twitter.com/3p2tlu9MUi

“The programme starts at 7.30 prompt and is followed by more light refreshments.” 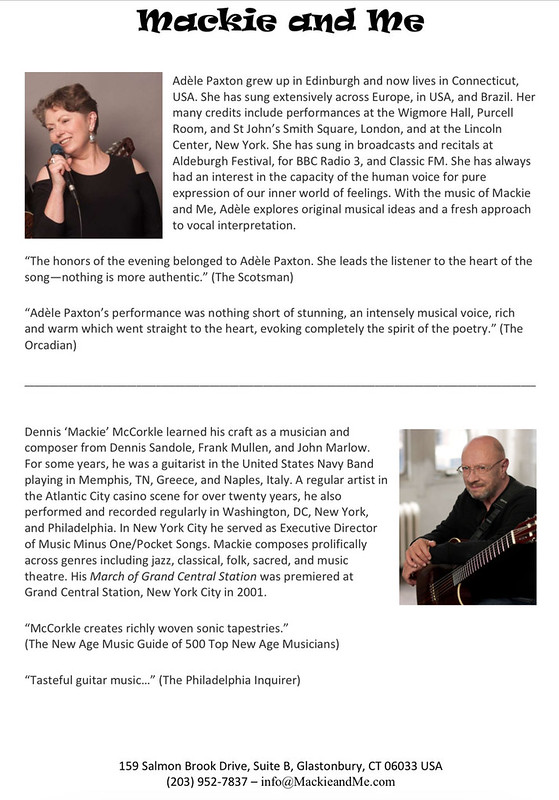 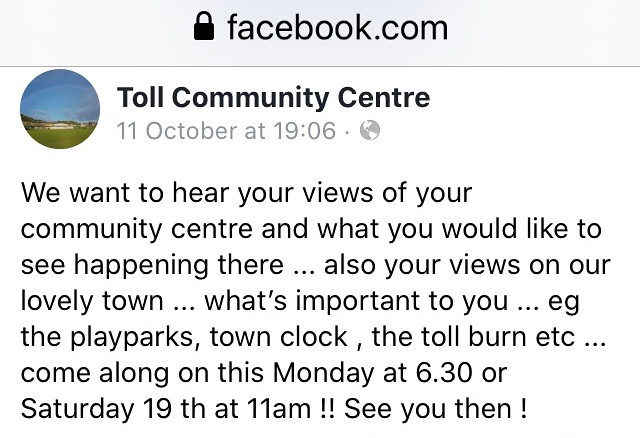 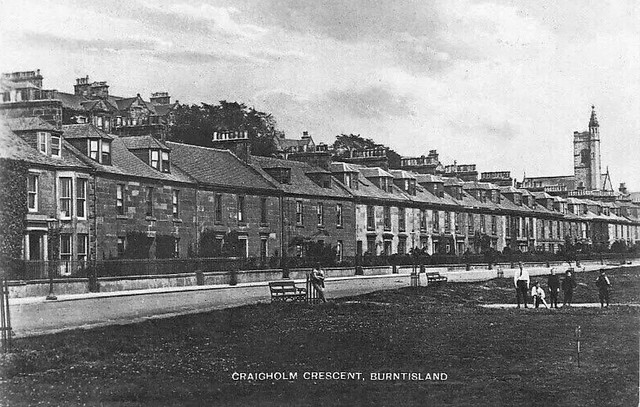 Another new initiative from Change Works.

“We’re excited to be hosting a fantastic event in October to help those living in older properties, listed buildings or within a conversation area, make your home as energy efficient as possible. Starting from 5.30pm with free refreshments, you’ll have the chance to speak to the experts and installers and see what energy efficient improvements you can make to your home.”